You Should Make the Transhumanist Wager

The Transhumanist Wager, brainchild of noted transhumanist Zoltan Istvan, can be understood as follows. If you love and value your life, then you will want the option to live as long and as well as possible. How do you achieve this?

Alternative #2 – use science and technology to try to defeat death. By doing something you are increasing your odds of being immortal.

The choice is between bettering your odds or not, and good gamblers say the former is the better choice. At least that’s what the supporters of the argument say.

There are two basic obstacles that prevent individuals from taking the wager seriously. First, most people don’t think immortality is technologically possible or, if they do, believe such technologies won’t be around for centuries or millennia. Most are unaware that research on life-extending and death-eliminating technologies is progressing rapidly. Some researchers think we are only decades from extending life significantly, if not defeating death altogether.

Second, even if convinced that we can overcome death, many feel we shouldn’t. I have written extensively about this topic in my recent book, The Meaning of Life: Religious, Philosophical, Transhumanist, and Scientific Perspectives, and in recent articles, arguing that death should be optional, not mandatory. I am always amazed at how many people—when confronted for the first time with the idea that technology may give them the option of living much longer, happier, and healthier lives—claim to prefer death. There are many reasons for this, but for most the paradigm shift required is too great, guided as they are by superstition, ancient religion, distorted views of what’s natural, or a general love of stasis and disdain for change—even if it means condemning their consciousness to oblivion!

In order to better clarify the transhumanist wager let’s compare it to two other wagers—Pascal’s Wager and the Cryonics Wager.

Pascal’s Wager advances a pragmatic argument for the existence of the Christian God. Here it is in matrix form:

It’s simple. Bet that God exists, believe in God, and you either win big (heaven) or lose nothing (except perhaps a little time and money in church), or bet that god doesn’t exist, bet that you don’t believe in God, and you either lose big (hell) or win nothing (except perhaps saving a bit of time and money in church.) The expected outcome of betting that god exists is infinitely greater than betting the reverse. Thus the wise would be that God exists.

The main reason this argument fails is that it assumes there is only a single God who rewards and punishes. But we don’t know reality is like this. You might bet on the existence of the Christian God, but in the afterlife find that Allah or Zeus condemns you for your false beliefs. Or even if the Christian God exists, you can’t be sure that your version of Christianity is correct. Perhaps only 1 of the approximately 41,000 sects of Christianity is true; the version you believe is incorrect; and you will be condemned for your false beliefs.

Or consider another scenario. You believe in the inerrancy of the Bible, go to church, do good deeds, and are awoken at the last judgment by the Christian God. You’re feeling pretty good, until you hear a voice say: “I made you in my image by giving you reason. Yet you turned your back on this divine gift, believing in supernatural miracles and other affronts to reason. And you believed in me without good reason or evidence. Be gone then! Only scientists and rationalists, those who used the precious gift of reason that I bestowed upon them, can enter my kingdom.”

This scenario may not be true, but it is as plausible as typical religious explanations of what earns reward and punishment. It may even be more just. But the main point is that Pascal’s wager doesn’t work because we don’t know that there is a single god who rewards or punishes us based on whether we believe in him. We don’t know if reality is like that.

Now consider the cryonics wager. What happens if I preserve my whole body or my brain? The continuum of possibilities looks like this:

I might be awakened by post-human descendents as an immortal being in a heavenly world. I might be awakened by beings who torture me hellishly for all eternity. Or I might never wake up. Should I make this wager? Should I get a cryonics policy? I don’t know. If I don’t preserve myself cryonically, then I might die and go to heaven, hell, or experience nothingness. If I do preserve myself, as we have just seen, similar outcomes may await me.

In this situation all I can do is assess the probabilities. Does having a cryonics policy, as opposed to dying and taking my chances, increase or decrease my chances of being revived in a good reality? We can’t say for sure. But if the policy increases that chance, if you desire a blissful immortality, and if you can afford a policy, then you should get one.

Personally I believe that having a cryonics policy greatly increases your chance of being revived in a better reality than dying and taking your chances. I place more faith in my post-human descendants than in unseen supernatural beings. Still I can understand why others would make a different choice, and we should respect their autonomy to die and hope for the best. In the end we just can’t say for certain what the best move is.

The problem is with alternative #2. You don’t know that doing something to eliminate death increases your odds of being immortal. Perhaps there are gods who favor you doing nothing. Perhaps they think that doing something to defeat death displays hubris. I don’t believe this myself, but it’s possible. On the other hand, the gods may favor those who try to defeat death. Moreover, as was previously discussed, even if you do achieve immortality you can’t be sure it will be desirable. On the other hand, technologically achieved immortality may be wonderful.

Again the problem, as was the case with the other wagers, is that we just don’t know the nature of ultimate reality. No matter what we do, or don’t do, we may reap infinite reward, its opposite, or fade into oblivion. We can never know, from an infinite number of possibilities, what the future has in store for us. We can never know with certainty how we should wager.

Still not knowing for certain where to place our bet doesn’t mean that some bets are better than others. To see this consider again are the three wagers:

The choice comes down to doing nothing—except hoping  that you have the right religious beliefs to enter into a blissful immortality—or doing something—buying a cryonics policy and/or supporting scientific research to defeat death. (Cryonics is a particular use of science and technology.) So what should you do?

Perhaps the best way to illuminate the choice is to consider a previous choice human beings faced in their history. What should they do about disease? Should they pray to the gods and have faith that the gods will cure them, or should they use science and technology to find the cures themselves? In hindsight the answer is clear. Praying to the gods makes no difference, whereas using modern medicine has limited death and disease, and nearly doubled the human lifespan in the last century. When medieval Europeans contracted the plague they prayed hard … and then died miserably. Other examples also easily come to mind. What is the best way to predict weather, harness energy, capture sound, achieve flight, communicate over great distances, or fly to far off planets? In none of these cases is doing nothing and hoping for the best a good bet. All of the above were achieved through the use of science and technology.

These examples highlight another advantage to making the transhumanist wager—the incremental benefits that accrue as we live longer and better lives as we approach the holy grail of a blissful immortality. Such benefits provide assurance that we are on the right path, which should increase our confidence that we are making the correct wager. In fact, the benefits already bestowed upon us by science and technology in the past confirm that it is the best path toward a better future. (Half the readers of this essay would have died from a childhood disease just a century ago.) As these benefits accumulate, and as we become aware of them, our existence will become increasingly indistinguishable from the most enchanting descriptions of any afterlife.

So we should throw off archaic superstitions and use our technology? Yes Will we do this? Yes. I can say with confidence that when an effective pill that stops or reverses aging becomes available at your local pharmacy—it will be popular. Or if, as you approach death, you are offered the opportunity to have your intact consciousness transferred to your younger cloned body, a genetically engineered body, a robotic body, or a virtual reality, most will use such technologies when they have been shown to be effective. By then almost everyone will prefer the real thing to a leap of faith. At that point there will be no need to make a transhumanist wager. The transhumanist will already have won the bet. 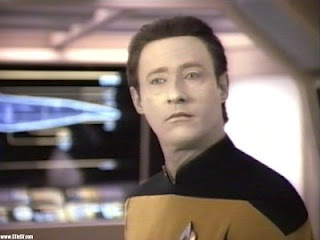 7 thoughts on “The Transhumanist Wager”

Best Countries to live in