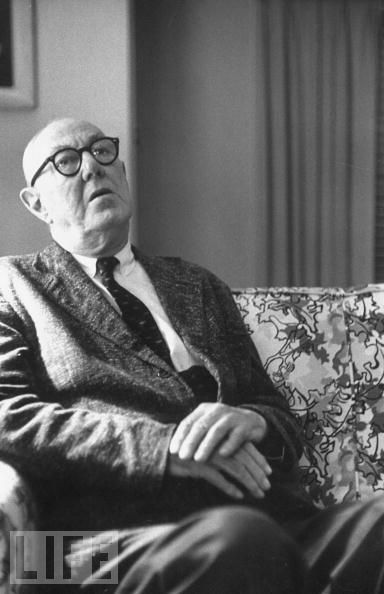 Walter Terence Stace (1886 – 1967) was a British civil servant, educator, and philosopher who wrote on Hegel and Mysticism. In “Man Against Darkness” (1948), Stace claims that the loss of faith in God and religion is responsible for the bewildering state of the world today. This loss of religious faith is depressing since it leaves us without a scaffold upon which to build ethics. But he also agrees with Sartre and Russell—there are no gods, there is no source for morality, and we live in a universe that is purposeless and indifferent to our values. Thus the only possible values for human beings are those they create.

The cause of the decline of the influence of religion is modern science, but not a particular discovery of science. Rather it is the spirit and assumptions of science that have undermined religious belief. The worldview of science propagated by Galileo and Newton prefigured 18th-century skepticism by removing the idea of final causes and purposes from the heavens. In essence, western civilization was turning its back on the notion of a cosmic order, plan, and purpose. Henceforth astronomy would be understood in terms of the kind of causes that allow us to predict and control and “the concept of purpose in the world was ignored and frowned upon.”[i] In this context Stace quotes Whitehead who says that nature is “merely the hurrying of material, endlessly, meaninglessly.”[ii]

This highlights the fundamental division in Western thought: those before Galileo thought the world had a purpose; many after him did not. This destruction of purpose in the universe is the key event that signaled the end of religion’s preeminence in culture, inasmuch as religion cannot survive in a world where everything is thought futile. Science has left us with no reason for things to be as they are: “Belief in the ultimate irrationality of everything is the quintessence of what is called the modern mind.”[iii] Another consequence of the decline of the religious view was the ruin of morality, for if morality could not be anchored beyond humankind then it must be our own invention. But as humans differ in their desires and preferences, inevitably morality would be seen as relative. It was in Hobbes that this moral philosophy first flowered and, despite the attempts of Kant and others, the objective basis for morality has been lost. In short moral relativism follows from the worldview first illuminated by Galileo—a cosmos devoid of final causes and thus meaningless.

Another consequence of the scientific worldview is the loss of belief in free will. Once the idea of a chain of causation is understood it is but a short leap to seeing human action as predictable as a lunar eclipse, to a fatalistic account of human action. And though the subtle arguments of the philosopher may be able to undermine the determinist’s case, the belief in various sorts of determinism—the belief that human beings are puppets in a vast cosmic drama—has penetrated the modern mind.

In response to the present condition, philosophers have advanced subtle arguments that are not understood by laypersons; religious leaders have sought to revive religion but their pleas do not move modern people, accustomed as they are to a vast, uncaring universe. A religious revival calling for a return to a pre-scientific religion will ultimately fall on deaf ears; the world has grown up too much for that. And science will not save us either: “though it [science] can teach us the best means for achieving our ends, it can never tell us what ends to pursue.”[iv] The masses must “face the truth that there is, in the universe outside of man, no spirituality, no regard for values, no friend in the sky, no help or comfort for man of any sort.”[v]

While we may have justifiably suppressed this truth before it was known, it is now too late. So we must learn to live without the illusion that the universe is good, moral, and follows a plan. We need to learn to live good and decent moral lives without the illusion of religion and a purposeful universe. “To be genuinely civilized means to be able to walk straightly and to live honorably without the props and crutches of one or another of the childish dreams which have so far supported men.”[vi] Such a life will not be completely happy but “it can be lived in quiet content, accepting resignedly what cannot be helped, not expecting the impossible, and being thankful for small mercies,”[vii] Humankind must grow up, put away its childish fantasies, and strive “for great ends and noble achievements.”[viii]

Summary – There is no objective meaning, but we can be content and noble.

2 thoughts on “Summary of Walter Stace’s, “Man Against Darkness””