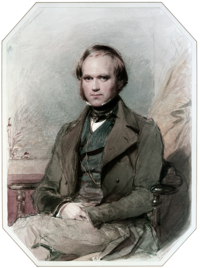 Surely the evidence that [humanity] has risen thus far may give [them] hope for a still higher destiny in the future. ~ Charles Darwin

People … yearn to have a purpose larger than themselves. We are obliged by the deepest drives of the human spirit to make ourselves more than animated dust, and we must have a story to tell about where we came from, and why we are here. ~ E. O. Wilson

More than a month ago I began to exam the concept of hope. I voiced my conclusions in, “A Defense of Hope.” Here is a brief summary of my conclusions.

1 – I am neither optimistic or hopeful about the future because I don’t expect good outcomes, or anticipate that my wishes will come true.

2 – Hope is more fundamental than optimism, for optimism usually relies on a belief that a desirable outcome is probable, whereas hope is independent of probability assessments.

3 – I recommend an attitude of hope without expectations. This attitudinal hopefulness rejects despair, emanates from our nature, expresses itself as caring, spurs action, and makes my life better.

4 – I recommend wishful hopefulness for the same reasons, as long as it is possible that our wishes can be fulfilled, even though we don’t expect them to be.

5 –  I hope that life is meaningful, that truth, goodness, and beauty matter, that justice ultimately prevails, and that the world can be improved.

6 – Hope emanates from our biological drive to survive and reproduce, and may expand with the emergence of consciousness and culture.

7 – I can lose my hopeful attitude and give in to despair.

8 – Conclusion – We should (generally) adopt both attitudinal and wishful hopefulness. Still there are situations in which we should give up hope.

Final Thoughts – If attitudinal hopefulness is about acting and striving, do we express some cosmic longing by hoping for good things, and then acting to bring them about? Do we commune with reality by hoping, and if so does this mean that the cosmos is somehow good? Could this be what Plato meant when he said the idea of the good was at the apex of being and reality? Or is Schopenhauer right—our actions simply manifest a blind will, “full of sound and fury signifying nothing?”

Unfortunately I don’t know whether existence is now, or will become, preferable to non-existence. I don’t know if it is better for humans and the universe to exist than not to. These questions are as unanswerable as trying to prove that “coffee with cream is better than black coffee,” or “that love is better than hate.”[i]

So in the end, without answers to my metaphysical musings, I return to the idea that it is generally better to hope than despair, with the usual caveats that my hoping attitude must be intrinsically satisfying and the objects of my hopeful wishing are realistic. So after all this searching I can do nothing more than echo William James and Fitz James Stephen: “Act for the best, hope for the best, and take what comes.” This isn’t much to hang your hat on, but at least this modest conclusion is intellectually honest. We don’t have to be embarrassed to claim that, while we don’t expect the best, we do hope that somehow things will work out in the end.

So now, after my search for hope, I agree with and truly understand this great quote:

“We shall not cease from exploration. And the end of all our exploring will be to arrive where we started and know the place for the first time.” T. S. Eliot, Little Gidding

[i] Edwards, “The Meaning and Value of Life,” in The Meaning of Life, ed. E.D. Klemke and Steven Cahn (Oxford University Press,) 133.

4 thoughts on “Is Existence Better than Non-existence? (Final Thoughts on Hope)”