There are two ideas in Marcel’s philosophy, in addition to those considered in my last post, that I would like to discuss briefly—the importance of creative fidelity and of hope.

Creative Fidelity – For Marcel to exist existentially, as opposed to just functionally, one must be creative. As he argues: “A really alive person is not merely someone who has a taste for life, but somebody who spreads that taste, showering it, as it were, around him; and a person who is really alive in this way has, quite apart from any tangible achievements of [theirs], something essentially creative about [them] …”1

Hope – Hope guarantees fidelity by defeating despair—it gives us the strength to continually create—but it is not the same as optimism. Optimism, like fear or desire, imagines or anticipates a favorable or unfavorable outcome. We “desire that x” or “fear that x.” Hope is different. We don’t hope that x, we simply hope. Hope rejects the current situation as final, but it doesn’t anticipate a specific result that will deliver us from our plight. Hope transcends anticipating a specific form of our deliverance—it is a vague hoping. My desires can be thwarted, but if I maintain hope no outcome will shake me from hoping. It is the very non-specificity of hoping that gives hope its power.

Yet hope is not passive; it is not resignation or acceptance. Instead, “Hope consists in asserting that there is at the heart of being, beyond all data, beyond all inventories and all calculations, a mysterious principle which is in connivance with me.”2 This implies that hope is an active willing, not a surrender. And hope is a willing, a wanting, not only for ourselves but for others. “There can be no hope that does not constitute itself through a we and for a we. I would be tempted to say that all hope is at the bottom choral.”3 For genuine hope we cannot depend completely upon ourselves—it derives from humility, not pride.

This example points to the dialectical engagement of despair and hope—where there is hope there is always the possibility of despair, and only where there is the possibility of despair can we respond with hope. Despair, says Marcel, is equivalent to saying that there is nothing in the whole of reality to which I can extend credit, nothing worthwhile. “Despair is possible in any form, at any moment and to any degree, and this betrayal may seem to be counseled, if not forced upon us, by the very structure of the world we live in” (Marcel 1995, p. 26). Hope is the affirmation that is the response to this denial. Where despair denies that anything, in reality, is worthy of credit, hope affirms that reality will ultimately prove worthy of an infinite credit, the complete engagement, and disposal of myself.

Thus there is a dialectical relationship between hope and despair. We can respond to despair with hope, and within hope, there is always the possibility of despair. To despair is to say there is nothing worthwhile in the world: “Despair is possible in any form, at any moment and to any degree, and this betrayal may seem to be counseled, if not forced upon us, by the very structure of the world we live in.”4 Hope is an affirmative response to despair. Hope affirms that your creative fidelity, your work, your concern, your love, and your life, all ultimately matter.

Reflections – I like the idea of creative fidelity. It is reminiscent of Marx’s idea of non-alienated labor, labor that elaborates who we are, connecting us with ourselves, nature, and others. The world would be better if culture encouraged us to be creatively faithful.

I also like the idea of hope, but I think the distinction between optimism, hope, wishes, and longings needs to be more carefully drawn. The American Heritage Dictionary of the English Language defines optimism as: “A tendency to expect the best possible outcome or dwell on the most hopeful aspects of a situation.” In neither of these senses am I or is Marcel an optimist. We do not expect our most fervent wishes to come true, nor do we dwell on the most hopeful possibilities. The same source defines hope similarly: “To wish for something with expectation of its fulfillment. To look forward to with confidence or expectation.” In neither of these senses do I or Marcel have hope, because hope thus defined anticipates or expects an outcome.

The sense of hope that both Marcel and I believe in is the verb form of hope—hoping that something happens or becomes the case—which is essentially the same as wishing or longing for something. We hope, wish, or long for some vaguely defined outcome which we do not expect to be fulfilled. For example, we may wish or hope that life is meaningful. But to wish or hope this does not imply that we believe, have faith in, anticipate, or expect that life is meaningful—we are just hoping. Furthermore, our wishes, hopes, and longings exist in the realm of emotions and are thereby immune from intellectual criticism. After all, there is nothing irrational about hoping we win a lottery. We may know the chances of winning are remote, but as long as it’s possible to win, there is nothing wrong with wishing that we win. Of course, it’s stupid to think that we’ll win a typical lottery or to plan our lives as if we’ll win, but surely it is permissible to wish or hope for the winning numbers.

Finally, I will say this about hope, and I think Marcel would agree. Hope helps us to brave the struggle of life while keeping alive the possibility that we will create a better and more meaningful reality. In this sense hope is an attitude we have in the present that motivates us to act; it does not imply passivity or resignation. Hope is most precious.

(Since the above publication, I have further explored this issue in, “A Defense of Hope.”) 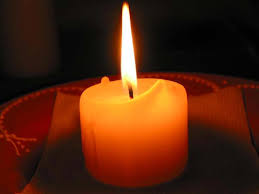