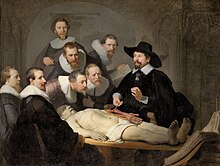 Death causes many to doubt life’s meaning. It isn’t surprising that the connection between death and meaninglessness pervades the pages of Tolstoy’s The Death of Ivan Ilyich, or that death figures prominently in much the world’s literature about the meaning of life. For instance, consider these haunting lines from James Baldwin:

Life is tragic simply because the earth turns and the sun inexorably rises and sets, and one day, for each of us, the sun will go down for the last, last time. Perhaps the whole root of our trouble, the human trouble, is that we will sacrifice all the beauty of our lives, will imprison ourselves in totems, taboos, crosses, blood sacrifices, steeples, mosques, races, armies, flags, nations, in order to deny the fact of death, which is the only fact we have.[i]

Something binds the topics of death and meaning. The thought of oblivion arouses even the non-philosophical among us. What then is the relationship between death and meaning? Death is variously said to:

Death has always been inevitable, but the idea that science will eventually conquer death has taken root—achieved through some combination of future technologies like nanotechnology, genetic engineering, artificial intelligence, and robotics. Some think the possibility of technological immortality renders human life meaningless, others that life can only attain its full meaning if death is overcome.

But whatever view one takes about the relationship between death and meaning, the two are joined. If we had three arms or six fingers, our analysis of the meaning of life wouldn’t change; but if we didn’t die our analysis would be vastly different. If our concerns with annihilation vanished, a good part of what seems to undermine meaning would disappear. To understand the issue of the meaning of life, we must think about death. Pascal’s words echo across the centuries:

Imagine a number of men in chains, all under sentence of death, some of whom are each day butchered in the sight of the others; those remaining see their own condition in that of their fellows, and looking at each other with grief and despair await their turn. This is an image of the human condition.

Can we find meaning in this picture?

1 thought on “Death and Meaning in Life”