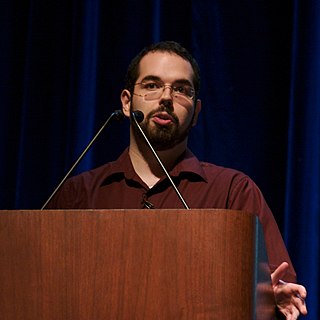 (This article was reprinted in the online magazine of the Institute for Ethics & Emerging Technologies, December 20, 2016.)

In our previous post, we examined how prospect theory helps explain why so many American voters were willing to risk voting for such a manifestly unqualified candidate for President as Donald Trump. END_OF_DOCUMENT_TOKEN_TO_BE_REPLACED

A previous post showed how prospect theory in behavioral economics explains why so many gambled on Trump, and our last post discussed why the artificial intelligence and decision theory expert Eliezer Yudkowsky thinks gambling on Trump is a mistake. END_OF_DOCUMENT_TOKEN_TO_BE_REPLACED

In our previous post, we examined how prospect theory helps explain why so many American voters were willing to risk voting for such a manifestly unqualified candidate for President like Donald Trump.

END_OF_DOCUMENT_TOKEN_TO_BE_REPLACED

“The Republican Party has become an insurgent outlier — ideologically extreme; contemptuous of the inherited social and economic regime; scornful of compromise; unpersuaded by conventional understanding of facts, evidence and science; and dismissive of the legitimacy of its political opposition.” ~  Thomas Mann & Norman Ornstein, It’s Even Worse Than It Looks: How the American Constitutional System Collided with the New Politics of Extremism

I have no illusions that—despite a life dedicated to careful, conscientious, and critical thinking, a lifetime of reading, thinking, teaching, and writing—one can change the minds of those suffering from cognitive closure. If you can’t convince people that biological evolution or global climate change is true—about which there is no reasonable doubt—then good luck convincing them of much else.

And I want you to know that I was a public signee of the Scholars and Writers Against Trump. (To read a roundup of tweets, blog posts, and other mentions of that document click here: https://storify.com/andrewhazlett/scholars-and-writers-against-trump)

I have written multiple posts in the last few months on this issue because Trump represents a unique danger to our political system. Here are a few excerpts from those posts, and here’s to a better and more civilized world.

From my post, “Is America on the Verge of a Civil War?”

… Trump is obviously unqualified for the office of the presidency in every conceivable way—from his personality and moral character, to his psychological instability, to his lack of experience and knowledge of virtually anything relevant to the job. Trump is a poster boy of the Dunning-Kruger effect, a cognitive bias in which the ignorant assume they are knowledgeable about things of which they are ignorant. Many of his supporters no doubt suffer from a similar malady.

And while the American Psychiatric Association prohibits its members from offering a psychiatric diagnosis of a public official without their having conducted an exam on that person, I’m not a member so I’ll take my shot. (I have studied abnormal psychology in some detail.) I’d say a cursory glance at Mr. Trump reveals that he suffers severely from a number of psychological maladies including: bi-polar disorder, narcissistic personality disorder, and quite probably borderline personality disorder. He also suffers psychologically from the lack of sleep he brags about as well as a poor diet. Among the big 5 personality traits, he would be rated very high on neuroticism and low on emotional stability.  He is undoubtedly a serial sexual predator and there are also plausible but unproven claims that he is a child molester.

Putting such an unstable individual at the helm of the nuclear arsenal is just one unintended consequence (and a particularly scary one) of a broken political system, especially today’s dysfunctional, obstructionist Republican party. The Republican party is, in fact, a Confederate party, a white, racist party whose power is most prominent in the American south. As the basic functions of democratic government are eroding, the ignorant look for a strongman to save them. Needless to say, this does not bode well for the republic or for international peace and prosperity.

For 216 years, our elections, though bitterly contested, have featured the philosophies and character of candidates who were clearly qualified. That is not the case this year. One is glaringly not qualified.

So before you do anything with your well-earned degree, you must do everything you can to defeat the retrograde forces that have invaded our democratic process, divided our house, to fight against, no matter your political persuasion, the dictatorial tendencies of the candidate with zero experience in the much maligned but subtle art of governance; who is against lots of things, but doesn’t seem to be for anything, offering only bombastic and contradictory promises, and terrifying Orwellian statements; a person who easily lies, creating an environment where the truth doesn’t seem to matter; who has never demonstrated any interest in anyone or anything but himself and his own enrichment; who insults veterans, threatens a free press, mocks the handicapped, denigrates women, immigrants and all Muslims; a man who took more than a day to remember to disavow a supporter who advocates white supremacy and the Ku Klux Klan; an infantile, bullying man who, depending on his mood, is willing to discard old and established alliances, treaties and long-standing relationships.

I feel genuine sorrow for the understandably scared and—they feel—powerless people who have flocked to his campaign in the mistaken belief that—as often happens on TV—a wand can be waved and every complicated problem can be solved with the simplest of solutions. They can’t. It is a political Ponzi scheme. And asking this man to assume the highest office in the land would be like asking a newly minted car driver to fly a 747.

Finally, an echo of my sentiment can be found in this great post by a fellow blogger titled “I don’t know why we’re having this conversation.”

So, in conclusion, I say again to my grandchildren: I want you to know that your grandfather was on the side of progress; he embraced a better future, not a bitter one. He rejected the fascism and destruction of democracy that will follow if Trump and his corrupt minions hold the reigns of power. If Trump is elected the nation as we know it may not survive. A recent video from Ezra Klein is so clear and cogent that it deserves to be watched by anyone who desires not to be a low information voter. It perfectly expresses my own view. (You can view the video here: “This election isn’t just Democrat vs. Republican. It’s normal vs. abnormal.”)